Today, Southern Accent invited me to go a complimentary tasting menu at their restaurant! Southern Accent features Cajun & Creole cuisine and is located in Koreatown of Downtown Toronto, close to Honest Ed's (and super close to the Bathurst Subway Station). I brought my mother and Southern Accent gracefully accommodated my plus one. Our super friendly waitress, Wendy, told us that Southern Accent has resided at its current location for 29 years!

Wendy's been working at Southern Accent for 20 years and her knowledge and enthusiasm for the food was quite infectious. She informed us that Southern Accent offers 'Special Menus' to cater to individuals who have a vegan, gluten-free, nut-free, and/or dairy free diet. I was quite impressed with the special accommodations they make for individuals with specific dietary restrictions to ensure that all their guests enjoy their meal. She also pointed out that Southern Accent had an unique Cajun/Creole/New Orleans inspired drink menu, which ranged from a spicy Cajun Caesar to a fruity Gator Bait. 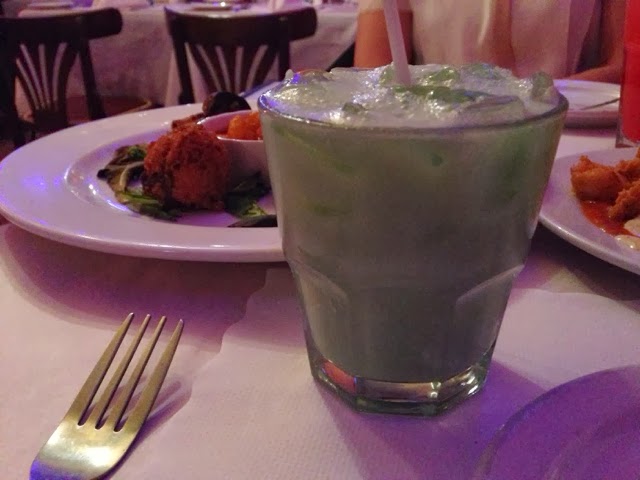 Gaitor Bait is one of Southern Accent's popular alcoholic drinks and was described as a smooth and easy piña colada. It's more on the fruity & sweet side and reminiscent of a piña colada flavoured candy. I personally enjoy sweet and fruity drinks, so Gaiter Bait was right up my alley - though I can understand it may be a little sweet for some individuals. 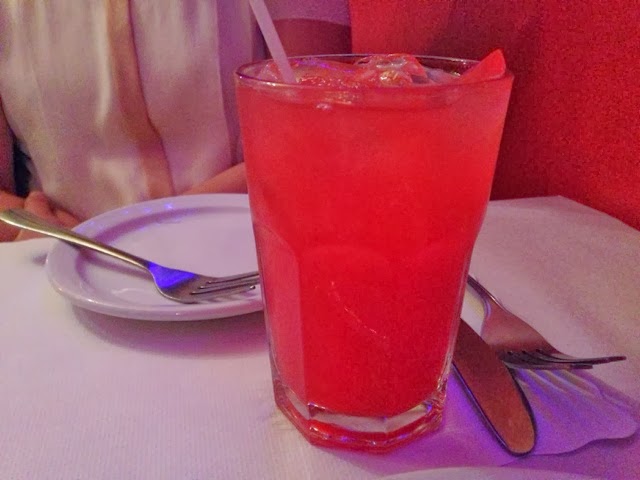 Hurricane is one of Southern Accent's non-alcoholic drinks. It is also fruity in nature. Just like Gaitor Bait, Hurricane's flavour was also similar to candy - but a strawberry and fruity one. Between Gaitor Bait and Hurricane, I preferred Hurricane.

For our appetizers, Southern Accent provided a tasting of their various delicious appetizers. As such, please note that portions are smaller. 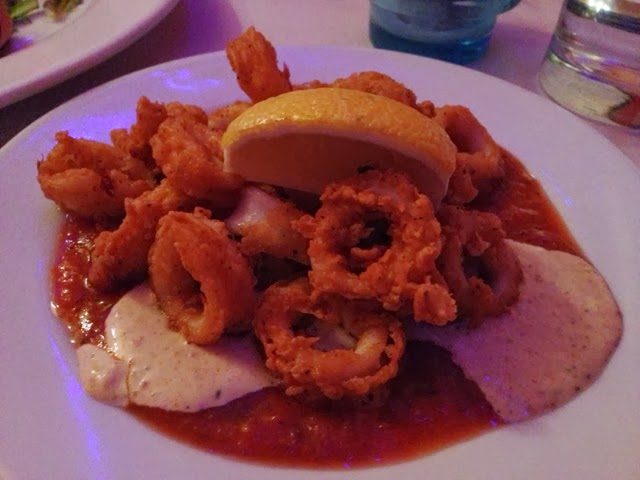 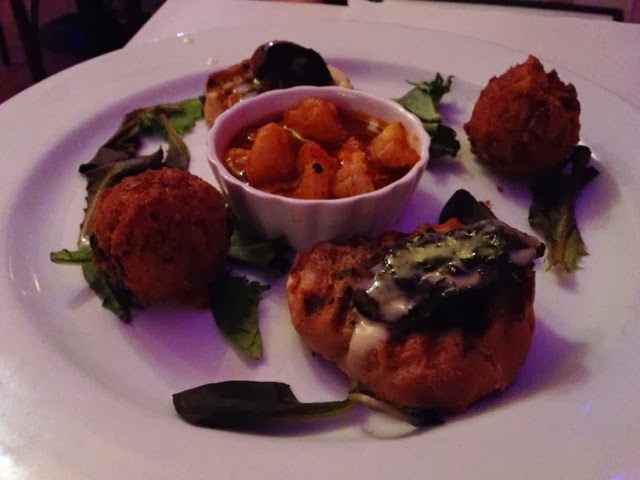 On this dish, an assortment of appetizers were provided. The Piquant Shrimp was good, though the spice slowly catches up to you. However, the spice elevated the flavour! Hush Puppies are fried cornbread balls made for dipping into sauces, like the piquant shrimp's garlic lime hot sauce. The hush puppies are creative and yummy, but the favourite of the appetizer dish was the Blackened Chicken Livers. The Blackened Chicken Liver was rich in flavour and soft which contrasted well with the crunchy buttery garlic bread. Since the livers were seared on a cast iron plan, the slight burn contributed to a more 'smokey' flavour. My mother and I really enjoyed the Blackened Chicken Liver. 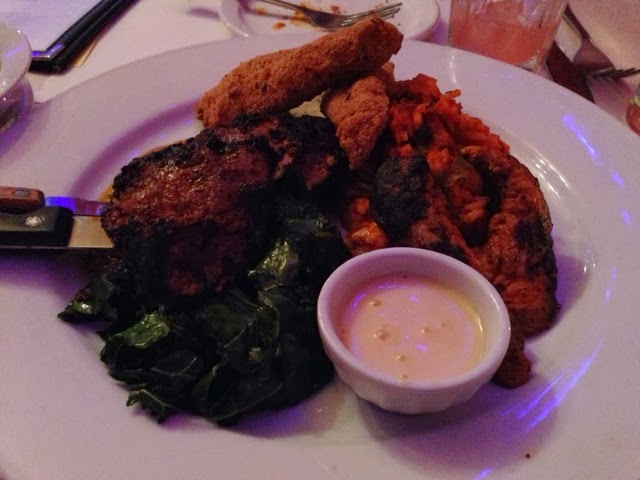 My second favourite was the French Quarter Lamb. As an avid lamb eater I was delighted to see this appear on the tasting menu! The lamb was seasoned well and not overly cooked. It was easy to cut into with the knife and a joy to eat. Unlike the regular menu, the mash potatoes were not included in the tasting menu.

My mom's personal favourite of all the entrees was the Canal Street Creole Jambalaya. It was a burst of flavour. The rice was seasoned in a way that it was tangy yet sweet & the chicken was tender.

Lastly, the Dauphine Street Cracker Catfish was also quite yummy. It was crispy and went well with the jalapeño tartar sauce. It's a great fish dish for those who have tendencies towards fish, but personally, I would prefer the other 3 dishes as they were more flavourful in my opinion and unique to Southern Accent. 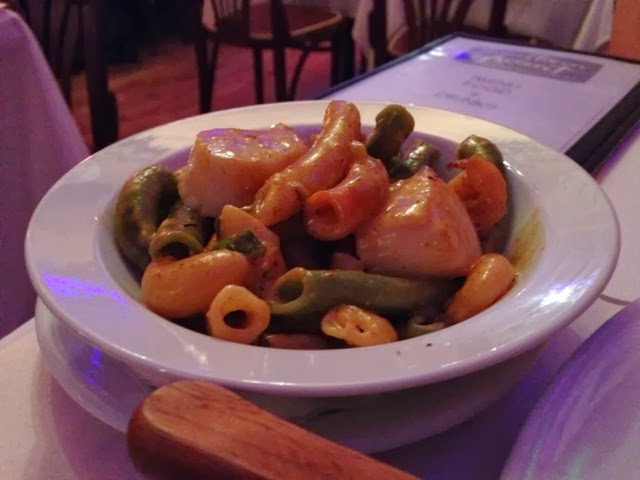 I love this pasta!!! It was delicious! The pasta was cooked just the way I like it - firm but not too hard. The sauce was very slightly spicy and covered the pasta's components well. Wendy explained that the pasta was named after Marie Leveau, a voodoo witch from New Orleans since the spice seems to "magically" give you a kick! (For those who watch American Horror Stories Season 3 - Marie Levau is referenced in it!) 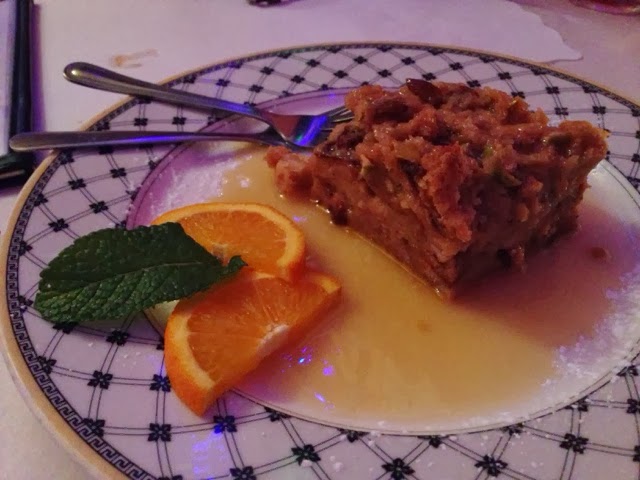 Lastly, dessert was served! By the time we were eating dessert - we were stuffed! The pudding bread has pecans and raisins throughout and apple-pie-like-apple slices near the bottom. The bourbon sauces was delicious and added an extra flavour to the pudding. 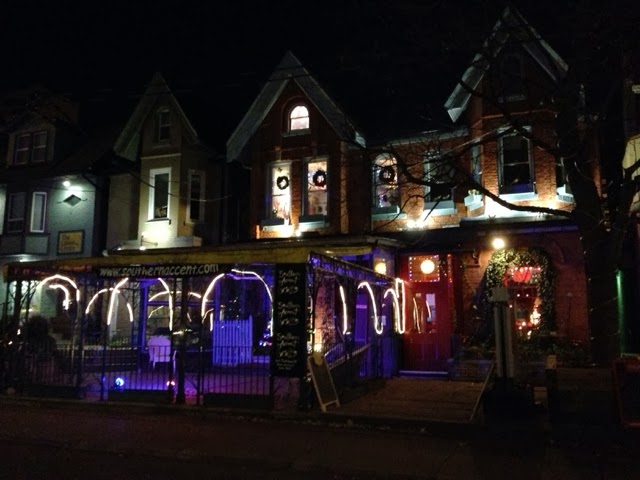 Outside View of Southern Accent - Festive Decorations Already Out! 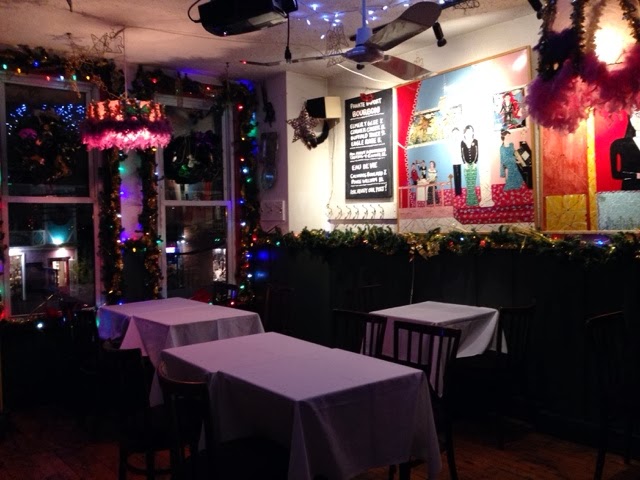 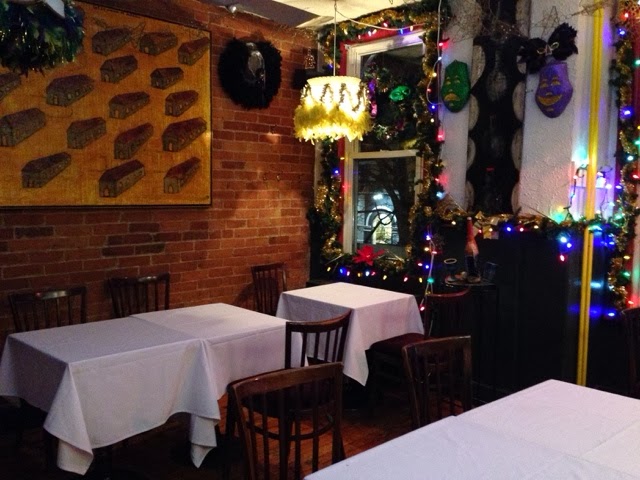 All in all, I had an extremely wonderful experience at Southern Accent and I highly recommend anyone to try it. I'm surprised that I've never heard or tried Southern Accent prior to them reaching out to myself - but I am glad they did! I look forward in visiting them again in the near future. Their menu is top quality and food consistently tastes amazing regardless of what you order.

*** FTC Disclaimer: Although Southern Accent reached out and invited me to a complimentary tasting menu to review their restaurant, the opinions expressed here represent my own and not those of the restaurant. ***
Posted by samshimi at 12:20