I have been wanting to try La Carinta for quite sometime and finally had a chance to go on my birthday! Dinner service doesn't start until 5pm so my friends and I had to wait outside until they let us in, despite it being cold outside. The atmosphere and service staff were quite relaxed and "hipster". Since we had an early dinner since I had classes afterwards, we were one of three tables. 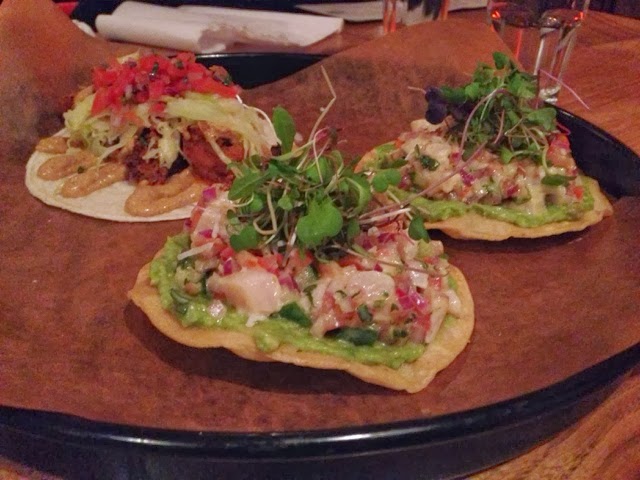 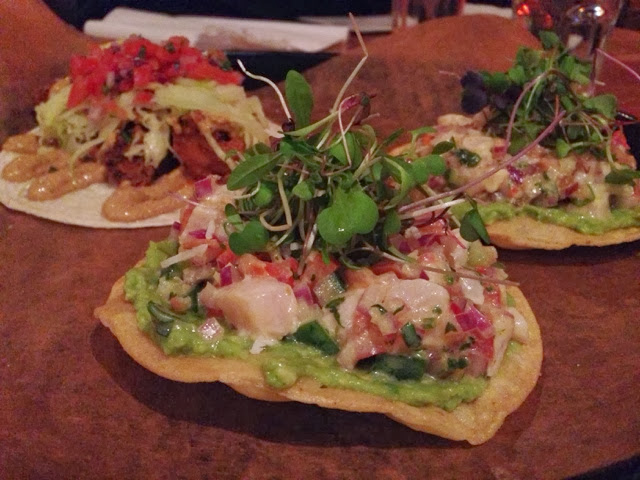 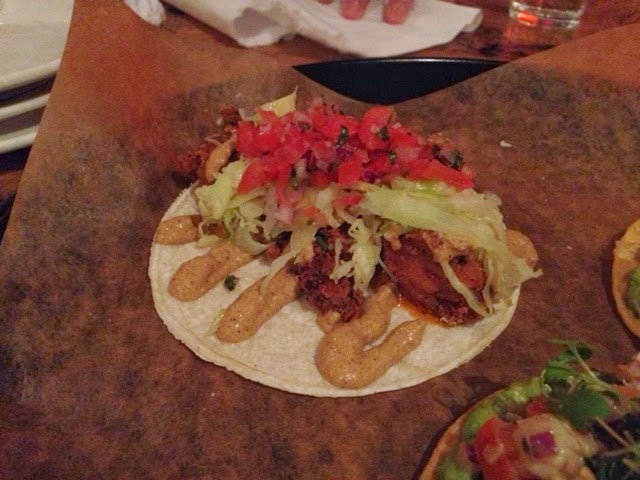 Carson had the Pollo Frito. 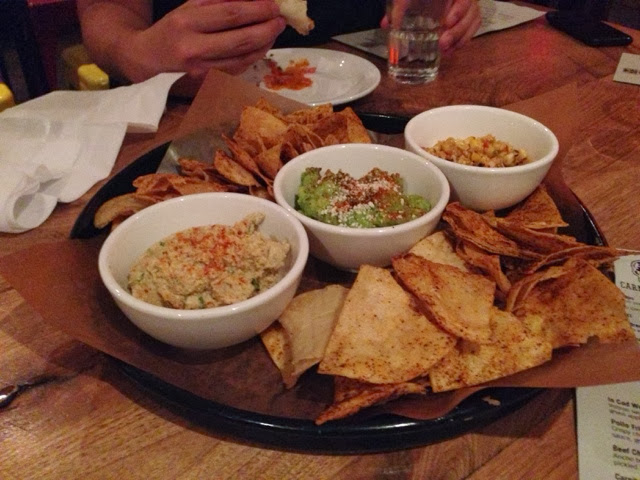 The way the menu was formatted I didn't think it was clearly marked that having all 3 sides would cost an additional $6.50. When I ordered the tortilla chips, the waitress didn't even warn me. She just asked "Do you want the guac, corn salsa, cashew, or all three?". The way she said it made it sound like there was no price difference between the four "choices". I was also quite disappointed with the fact for the additional $6.50 no extra chips were provided - since the side to chip ratio was obviously unbalanced. However, of the three sides, everyone agreed that the guacamole was the best. It was refreshing with a touch of lemon. My second favourite was the corn salsa. All three of us agreed that the cashew was only decent. The consensus was that the chips and all the sides were also quite spicy. Just like the tacos, the Tortilla Chips were good, but not as good as Grand Electric's (or as good of a price). 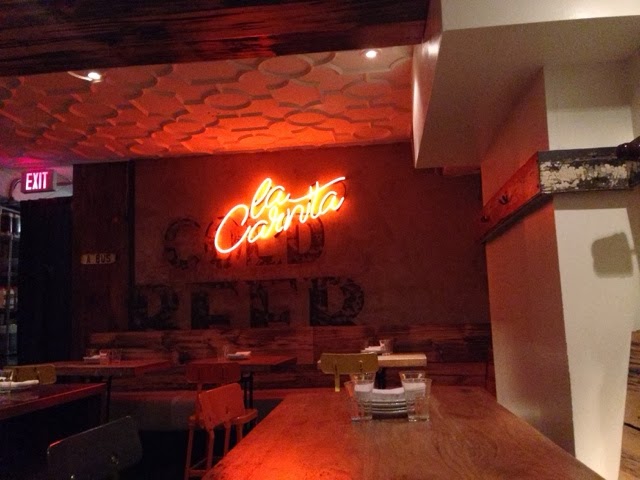 Overall, La Carnita was decent. The food was good, though it did not meet my expectations after visiting Grand Electric. However, where La Carnita failed was in their service and I also felt their food was a little pricey. Perhaps it was the waitress we had, but she seemed very uneducated about the menu (as she failed to recognize that there were more than one hard shelled taco) and failed to warn us about the price differences of ordering one side to three sides despite us telling her it was our first time visiting La Carnita. What La Carnita has over Grand Electric is that it is much closer to Eatons, Ryerson, and University of Toronto. 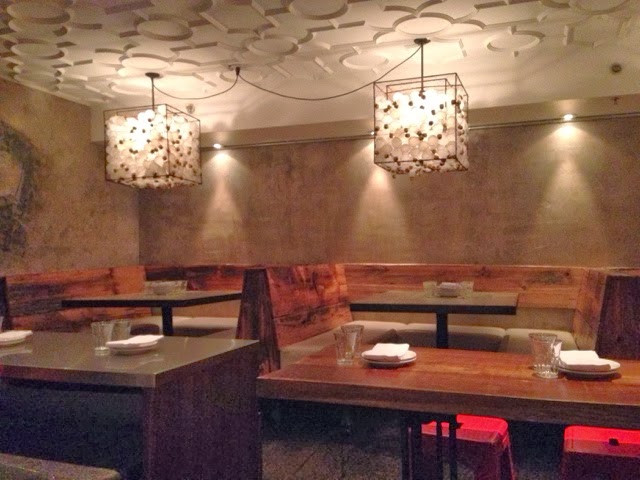