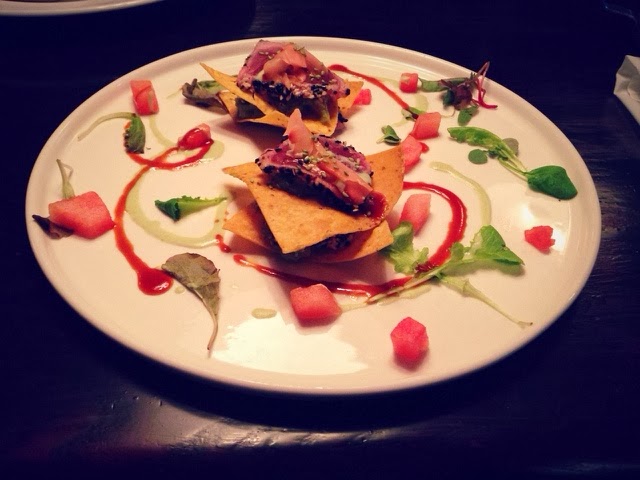 Of the Sesame Ahi Tuna Wontons that were present on the plate, they were quite average. Such an appetizer could have been created at a home kitchen. Although the sear on the Ahi Tuna was done correctly, the Ahi Tuna flavour failed to come through the mass mix of wasabi cream, ponzu sauce (which tastes like sriracha, perhaps cause of the tomatillo salsa? but I did not taste any hint of lime/citrus) and pickled ginger. As such, I was quite disappointed with the lack of flavour from a dish that is centered around quality ingredients opposed to technical cooking skills. Likewise, for $14, I was appalled by the presentation. Although it is initially appealing to the eye, the among the mess of herbs, only two piles, 4 chips, and 4 slices of seared ahi tuna was provided. For a steakhouse, presentation can be done much better as this dish looks like it was crafted on improv. Assuming the condiments, presentation, and chip cost was negligible, the Miller Tavern is charging almost $4 a slice for seared ahi tuna (including taxes). The size of the slices were equivalent to two quarters at most. The chip did nothing to accentuate or elevate the flavours or the condiments; if anything it cheapened the flavour. I would highly recommend not ordering this appetizer, and spend your $14 at another establishment (Even at Milestone's for their Ahi Tuna Tacos. It features only three slices but the flavour and the presentation surpass this dish indefinitely. I would choose Hawaiian Ahi Tuna Poke at $7/lbs from Costco over this dish any day.). 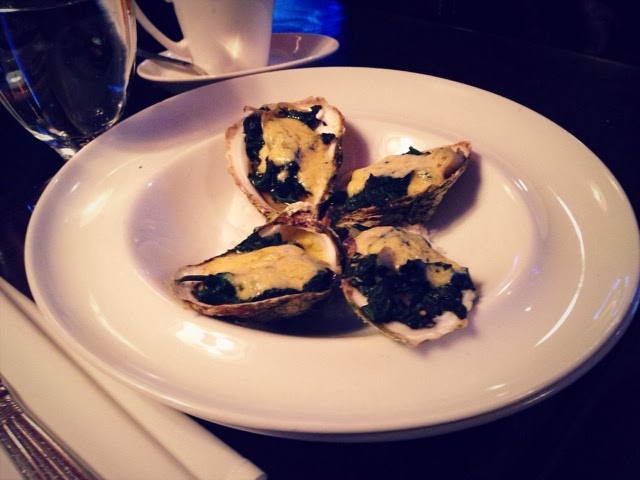 Similarly to the Sesame Ahi Tuna, this dish was also an expensive disappointment. Aside from the fact that there was no effort place into the presentation, the oysters given were approximately the same size of a mussel! The oysters were downgraded in taste as it was barely detectable under the cheese and the flavour was reminiscent of a rubbery mussel?!? The cheese, was disappointing and cold - I would guess the cheese used was processed. I assumed Baked Oysters would have the connotation of warmth associated with this dish - but it arrived cold! I also would highly not recommend ordering this dish as the lack of size, lack of oyster meat, lack of flavour, and lack of presentation is not tolerable. 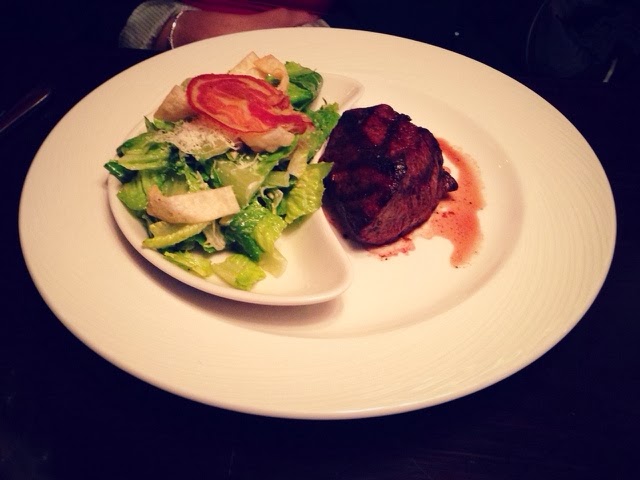 Just as I commented on the previous two dishes - the third is no exception. The sirloin was also an expensive disappointment. Presentation is subpar for a steakhouse. The protein on the plate came to the table lukewarm at most. No seasoning seemed to be apparent prior to cooking. Steak had no flavour and was chewy. Given the same ingredients, one can replicate this dish better than it was at this establishment. 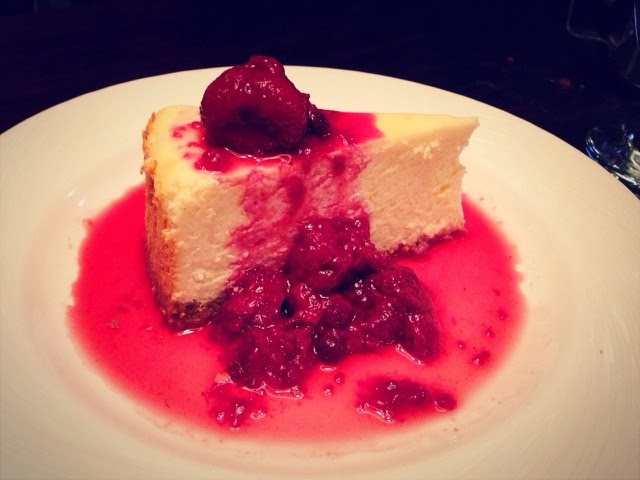 Lastly, the dessert was probably the best dish ordered for the entire meal. The Berry Cheesecake was the standard, expected dessert flavour with nothing outstanding.

As a first visit to the Miller Tavern, I am appalled by the fact that this steakhouse was so busy! Unless, the meal I had was a spoof, the popularity must not be attributed to the food quality. Prices are unexplainably high from the dishes I tried during this visit. If I had to describe the Miller Tavern briefly it would be: stupendously disappointing, below average, overpriced/not worth it. If you are looking for a steakhouse, I would recommend The Keg or Milestones over the Miller Tavern any day of the year.