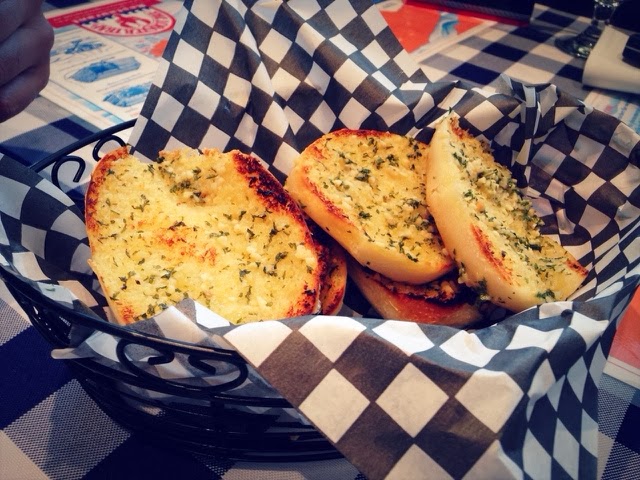 Wow. You can say a lot about the selection of bread that a restaurant gives - especially a seafood house (ie: Red Lobster's infamous bread). The garlic bread served by the Lobster Trap is phenomenal! It's soft yet extremely flavourful - garlicy but not overly so and slightly oily due to the garlic butter. Amazing. 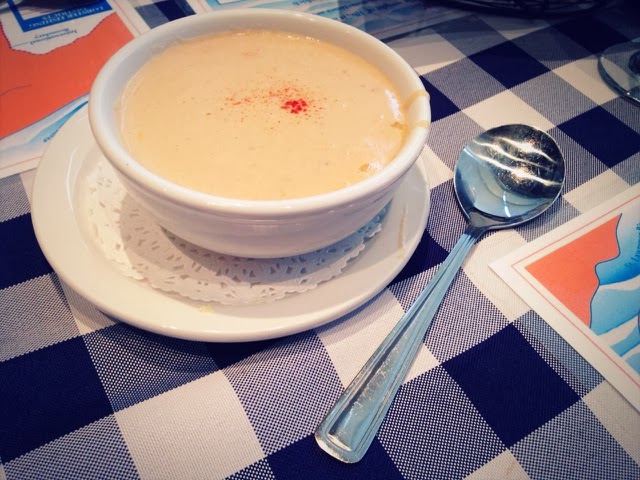 I am a huge fan of lobster (and seafood in general), so I order lobster bisques quite often. I must say - this lobster bisque was delicious! The bisque is creamy, but not overly heavy - just the right amount of weight. Additionally, the bisque also had chunks of fresh lobster in it! The lobster chunks were a welcomed texture and flavour change. The lobster bisque is amazing and I highly recommend it! Plus, if you order an entree, you get $1 off a bowl of lobster bisque. 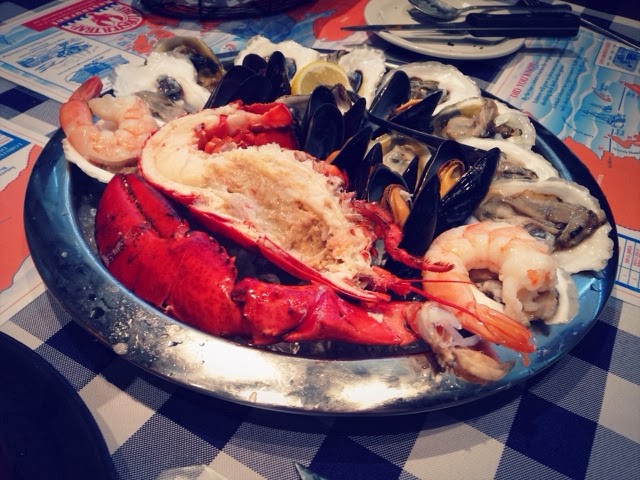 Although, the platter was $49 - there was a huge selection of seafood! The portion was generous and there was no fighting over components despite there being 3 people sharing this platter (one individual did not have a shrimp and the lobster was split into two such that the remaining individual had the claw). The shrimps were quite substantial and tasted extremely fresh. Normally, I am not a huge fan of cold fresh mussels - but I quite enjoyed these as they did not have that traditional gritty/sandy taste. Just like the shrimps the lobster fresh ad succulent. Finally, there lots of oysters - Rodney Oysters too! All seafood was incredibly fresh and sweet. Who could complain about that! 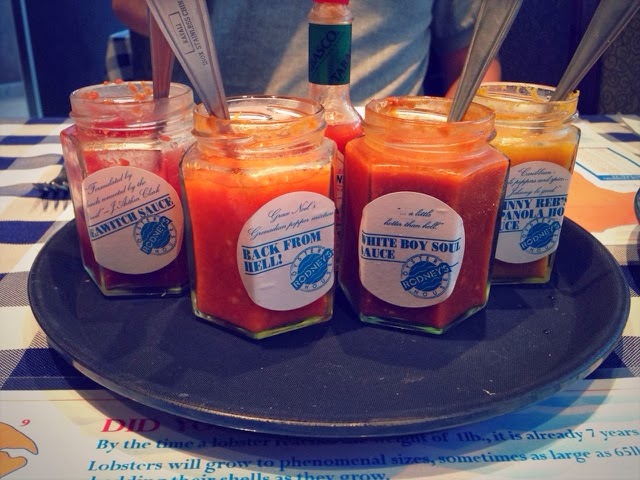 I do not favour spicy cocktail sauces so I mostly opted for the Seawitch Sauce (far left) which is the traditional cocktail salsa sauce. Back from Hell, White Boy Soul Sauce, and Johnny Reb's Espanola Hot Sauce were all spicy (Johnny was the spiciest of the three, White Boy Soul Sauce was the least spicy). The sauces were extremely flavourful and fresh - not your typical canned/bottle cocktail sauce - you know this is the good stuff. 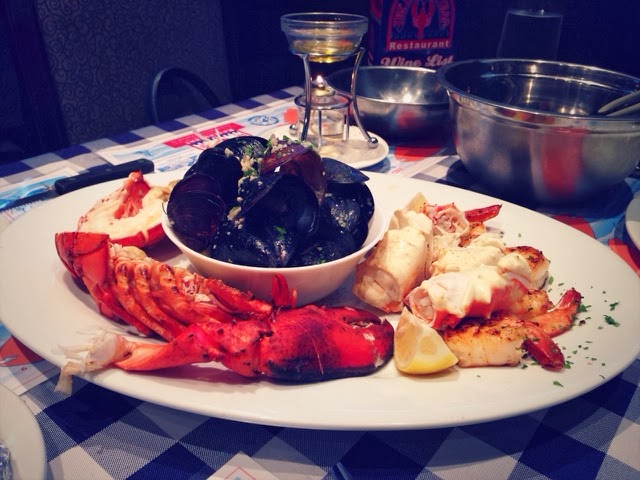 Once again - delicious! Between the two platters I did prefer the Cold Platter more since the freshness of the seafood was more apparent and could be appreciated. However, although I enjoyed the Cold Platter more, the Steamed Live Dinner was still enjoyable. The mussels were garlicy and buttery - slightly too much in my opinion - but most seafood houses douse their seafood in an excess of butter and garlic. The shrimps were seasoned tastefully and the steamed crab legs were sweet. The lobster was also sweet! Both the steamed crab lets and the steamed lobster did not have butter - which allowed for the quality and the freshness of the seafood to be appreciated. 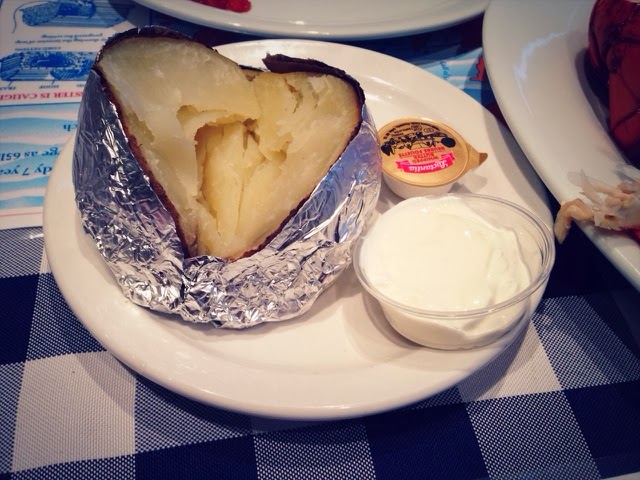 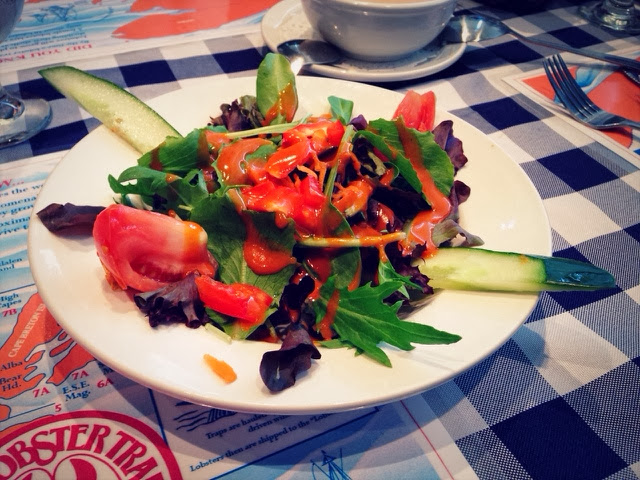 Side Garden Salad with French Dressing

The Lobster Trap Platter came with two sides - which you get a choice of homemade french fries, baked potato, rice, garden salad, or Caesar salad (+$2). The sides that were chosen (baked potato & garden salad) were not outstanding but were good. The salad was mediocre but the baked potato was good - just enough butter. 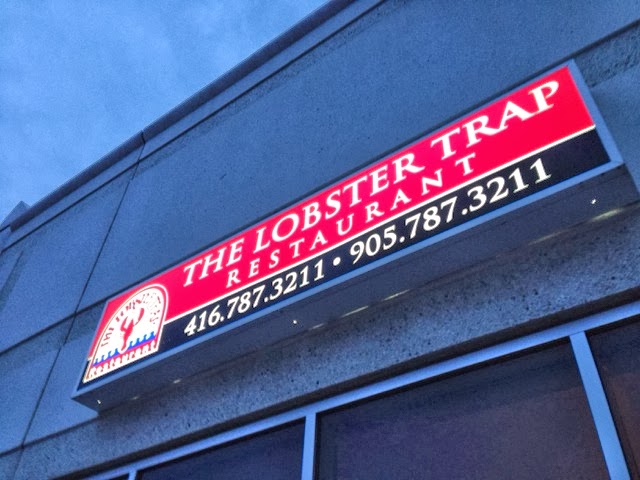 Overall, The Lobster Trap is an amazing restaurant and I am quite surprised by the bad online reviews. Perhaps due to the online reviews, The Lobster Trap decided to offer a Groupon (which I used - $70 for $35) to bring in an influx of customers to overwrite the bad reviews. The staff were extremely friendly and the perceived owner/manager of the location even offered my father a complimentary beer (since the Dallas game was on & my father's a fan - and they were losing; for those who are curious my father declined and when we left Dallas caught up). I would highly recommend anyone to go to the Lobster Trap based on my first visit experience and I am glad I purchased 3 Groupons (as you are only allowed to use one per visit). It should also be noted that the chef from the Avenue Road location has moved to the Woodbridge/Vaughan.