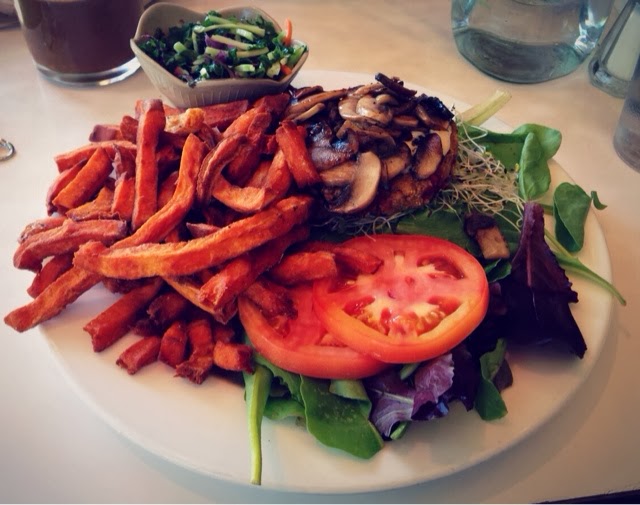 The original vegan burger on the menu comes with onions, however, I prefer not to eat onions. Since Fresh is a vegan restaurant, the vegan burgers are made with "high-protein, made from scratch almond & grain burger patty". As such, I omitted the onions. The sautéed mushrooms were placed on the vegan patty - and was wildly delicious. The mushrooms and patty were absolutely the star of the meal. However, the only savoury part of the dish was the mushrooms and the patty.  The rest of the dish was bland (salad and the fries) - though the marinated kale slaw were decent. Luckily, Fresh offers a variety of complimentary dips which helped add flavour. I chose to try the miso gravy (not pictured) during this trip - and it was amazing! I would love have that dip on any other entree, vegan or not. Nonetheless, the dish was incredibly filling despite being vegan, however, I don't believe it would have been as filling or enjoyable without the side of fries. 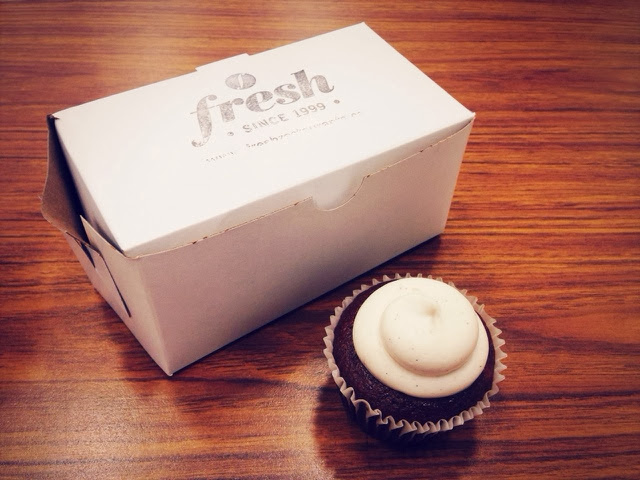 This was a seasonal dessert offered by Fresh. It smelled absolutely delectable. However, I picked up the cupcake for my mother - so I did not try it.
{edit: Had a bite - tastes amazing! Literally pumpkin pie reincarnated as a cupcake. You cannot tell that it is both gluten-free or vegan!}