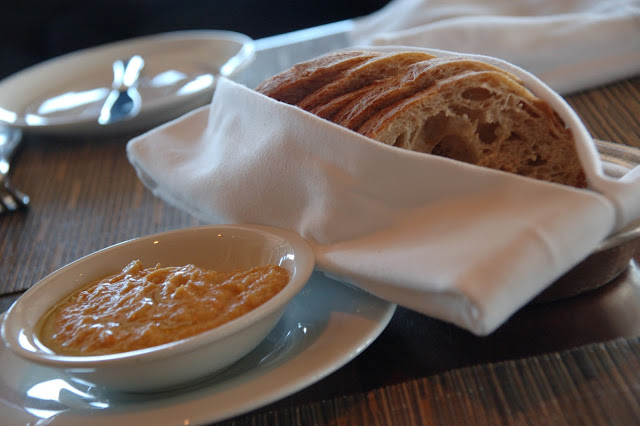 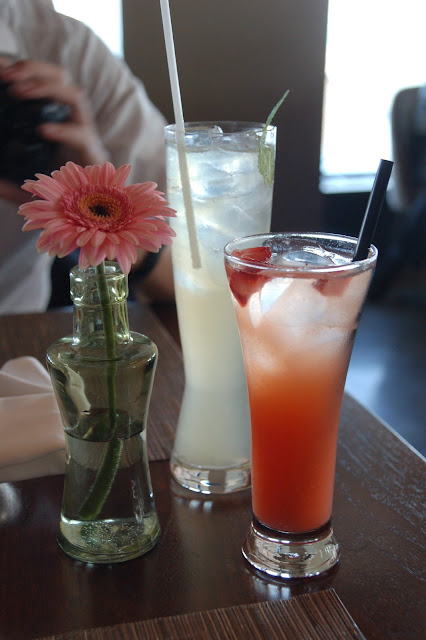 { Calvin ordered the ginger beer and offered me a taste. It was my first time trying ginger beer and I must say I quite enjoy it! It also reminds me of the homemade ginger ale made by Kingyo. I ordered the watermelon & strawberry sparkling lemonade, however when I got the drink the watermelon juice tasted quite diluted and the drink was flat - most likely the carbonation from the sparking water used to mix with the watermelon juice and strawberries was lost by the time I drank it. I would not recommend drinking it in the future, but I would most definitely recommend the ginger beer! } 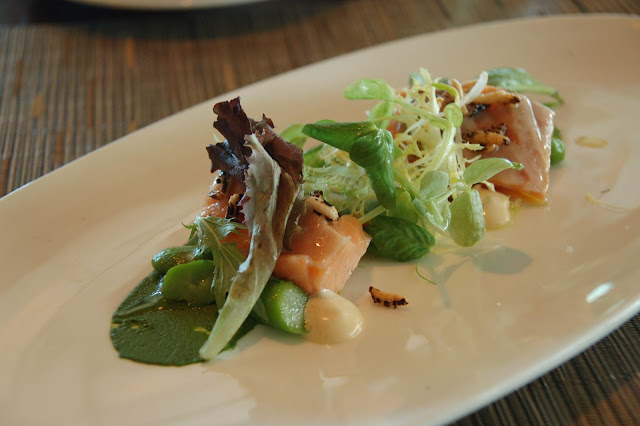 { I ordered this appetizer - and it is my favourite summerlicious appetizer thus far! The salmon was incredibly fluffy and falls apart deliciously. I am not a fan of rice, however I did welcome the rice and beans that were used to compliment the salmon. } 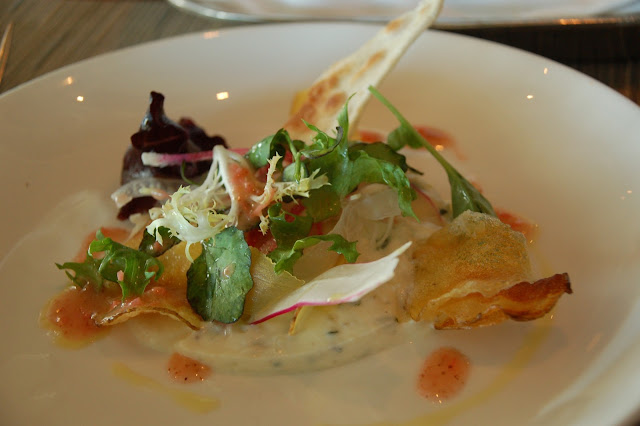 { Calvin ordered this dish per our waiter's recommendation (it was his favourite out of the three choices) and quite enjoyed it. We shared our appetizers and I must say I still favour the salmon more than the sheep's milk as I tried it due to the fact that Summerlicious is a time for food exploration. Calvin preferred the sheep's milk. I believe the preference is extremely dependent on the style of food one prefers. The sheep's milk was tart and tangy but went well with the shoots and the crisps. If it weren't for the crisp and the bread basket provided I don't think this appetizer would have been complete as the sheep's milk cheese is quite sour alone. It should be noted that I also enjoy my assortment of sour foods and can eat a raw lemon on its own and I still preferred the salmon. } 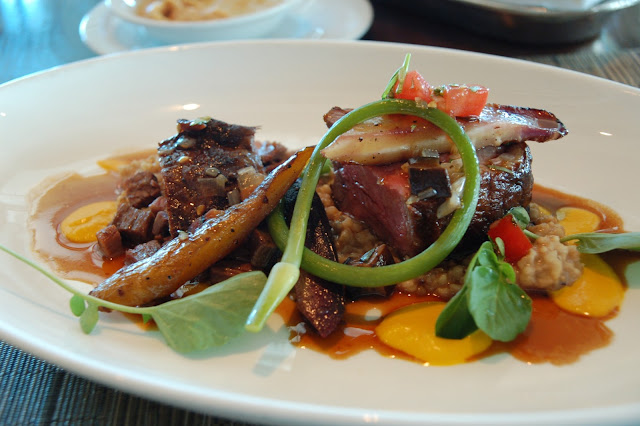 { The beef proportion that was provided was extremely generous as two hefty pieces of beef were provided in Canoe's portion. Our meat was grilled medium rare (per chef's recommendation and my default preference). Although the meat was delicious and savoury, I did not enjoy the main beef cuts as much as the "stew" like diced beef provided with the grains as they were more saucy. The stew itself, I believe can be its own side dish! I also really enjoyed the vegetables that were provided, especially the curly garlic stem, which were prepared with perfection. I had difficulty cutting my beef as it was tough to cut - but it was nonetheless soft and tender when I ate it. I'm not sure if this was a result of the cooking or my own strength as Calvin did not have an issue with cutting this beef. However, I do not normally have trouble cutting my red meats and my specific cut was quite riddled with tendons. Overall, I would recommend ordering this dish if you visit Canoe for summerlicious as it was extremely savoury and can appeal to all palettes. } 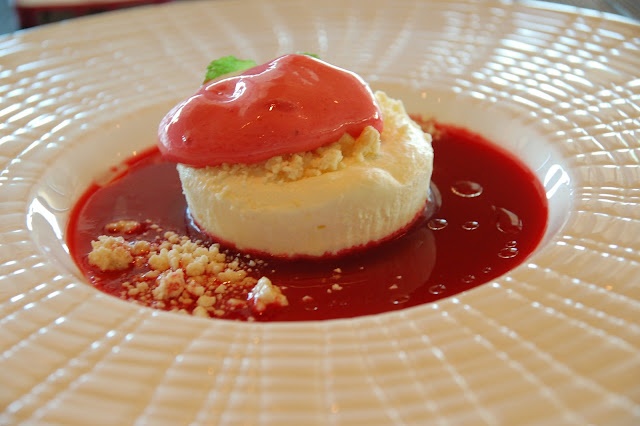 { I was a little disappointed by the dessert selection at Canoe as I've always viewed Canoe to be one of the - if not the - top tier restaurant in Toronto and expected a matching dessert selection. I find Summerlicious restaurants always excel in their appetizers and neglect their desserts - Canoe was no exception (the only Summerlious restaurant I recall falling in love with the dessert was from Pangaea). The frozen yoghurt was average and did not stand out. The raspberry soda creme on top of the yoghurt sounds quite delightful but fails in its taste delivery  If I could I would prefer to order two appetizers and no dessert for Summer/Winterlicious, and Canoe is no exception. }