I saw T-Rex open maybe a couple of months ago, briefly walked by it to investigate, but didn't have any interest in it - perhaps to the simplicity of this salad bar (which is very ironic considering that the T-Rex was a carnivore!). It wasn't until I ran into the Cumberland Terrace Food Court grabbing some food for my manager and I had a deep craving for a salad bar lunch that I remembered T-Rex and went back to try it out. I'm super glad I did!

Lily, who works there everyday with presumably her family, kindly explained to me the simple pricing of her restaurant.

One regular tub is $3.99 + tax. One large tub is $5.99 + tax. The tubs can be filled with what ever your heart fancies that's available for you at the salad bar with no worries of how much the tub weighs. You just pay for the tub and you fill it. If you want a drink add $1 + tax. It's not a self-serve salad bar, thus Lily helps you put together your lunch. It's also great cause T-Rex Zone takes credit cards so you don't have to carry a full purse/wallet with you from the office.

How awesome is that? Considering I work in Yorkville, one of - if not the most - expensive neighbourhoods in Downtown Toronto, finding lunch around work is terribly expensive. The closest 'healthy' fast food nearby is Aroma, Freshii, and Picnic where lunches run you at around $7-10+tax.

So thanks to T-Rex, I've been eating lunch for $4.51 everyday. That's arguably cheaper than bringing frozen tv dinners to work everyday! I have no idea how T-Rex makes it's money and maintains its Yorkville rent for $4.51 a tub, so I'm not surprised if T-Rex raises it's prices a little - but even a slight price increase is still very much cheaper than everywhere else in the vicinity. I'm also astounded that it's not busy at all! I've also told all my coworkers and they are surprised! I feel the lack of a crowd is a lack of exposure and that it's not visible from the street. They don't have an Urbanspoon profile (yet ;D just submitted an 'add restaurant' request) and one review on Yelp from a user named Bernie. 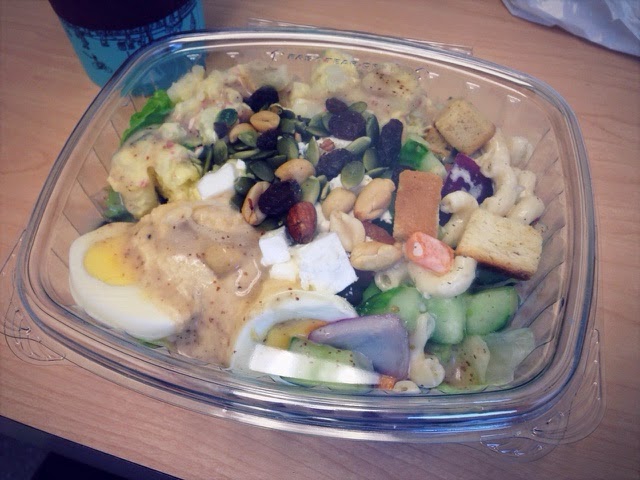 So this is one of my lunches from T-Rex Zone shortly after I discovered it.

Now, considering that it's $3.99 - one can be skeptical about the taste and quality of the food. For the skeptics out there, I'm pretty satisfied about the freshness and the taste of T-Rex Zone's salad bar. The vegetables are fresh and I normally only see a small quantity on the salad bar at a time making me believe that T-Rex brings out food at small quantities at a time to maintain freshness. Majority of the salad bar options are vegetarian, though I have seen chicken slices, tuna, bacon bits, hard boiled eggs, and diced ham. I would be really happy if they introduced tofu as a protein though!

First you get a choice of a bed of romaine, kale, or a mixture of both (though on some days only romaine was available). Then you just tell Lily everything you want to try out and she puts a spoonful in your bin. If you are particularly excited about something, maybe tell her to add two spoonfuls. 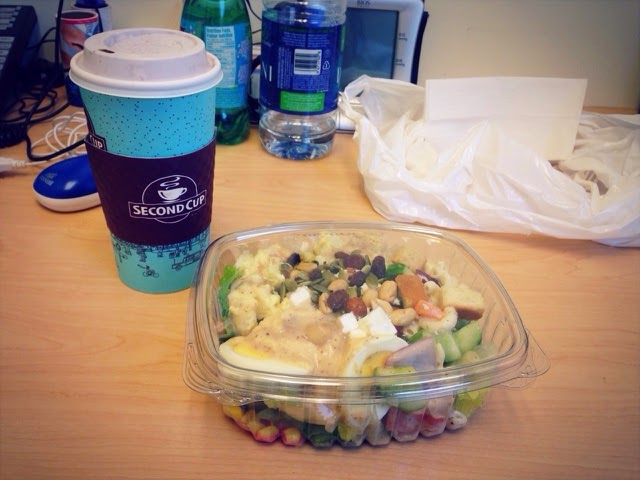 Here's a size comparison size shot beside my large Second Cup drink. That's the regular $3.99 tub. I've gotten way less for more from other salad bars such as Freshii and Aroma.

On this particular day I got the following combination (off the top of my head): 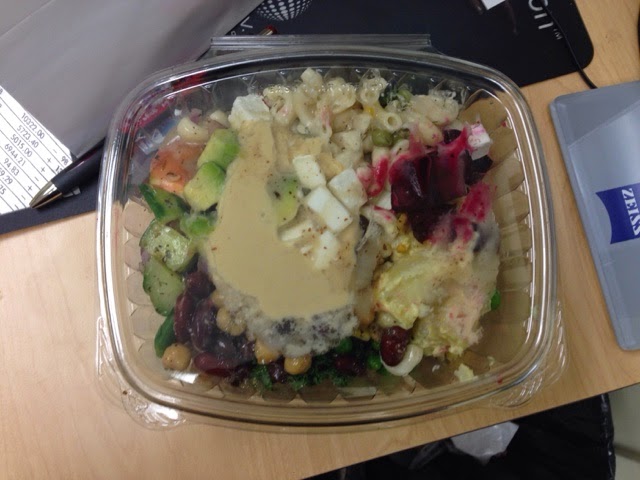 I'm a creature of habit so my salad lunches don't really change day to day but here's what's in the above tub: 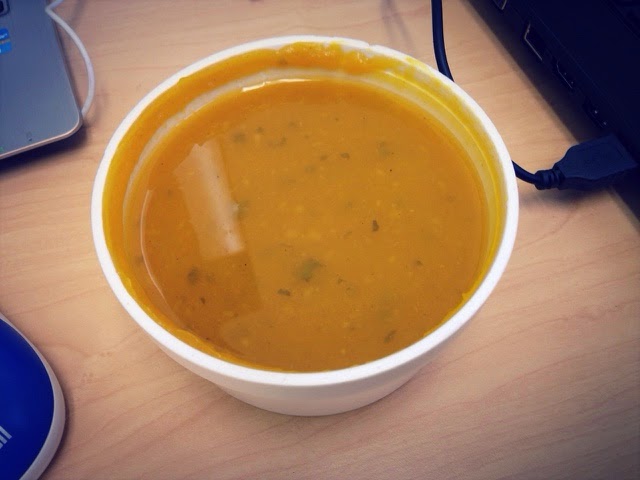 It was a particularly cold day today, so I tried T-Rex's soup for the first time today. I was also feel like I was getting sick so I was in need of something to warm me up. The soup of the day was the Butternut Squash Soup with Ginger Root. I love Butternut Squash Soup and the Ginger Root was a welcomed Asian twist. The added Ginger Root really helped me feel like I was fighting off my upcoming cold and felt a lot better. I would definitely get it again without question. 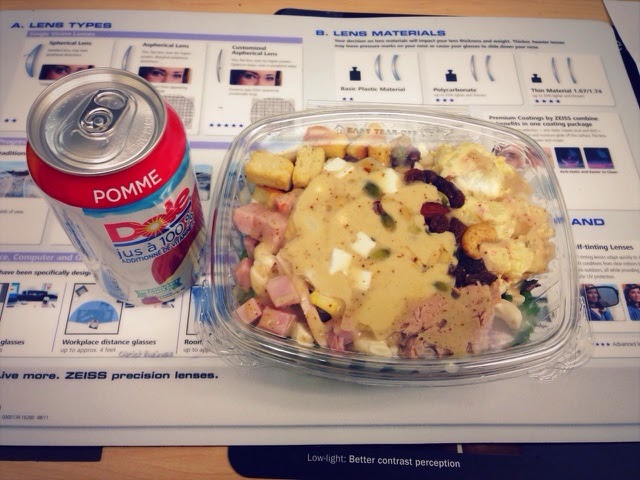 Bottom line: Probably one of the cheapest and healthiest lunch deal you can find in Yorkville. The ingredients are fresh and tasty too! The $3.99 tub is more than enough to fill me up too.

If you do happen to stop by T-Rex, tell Lily that Sam said hi! She's pretty good with names since she remembered mine just after one visit and only asking about my name once!