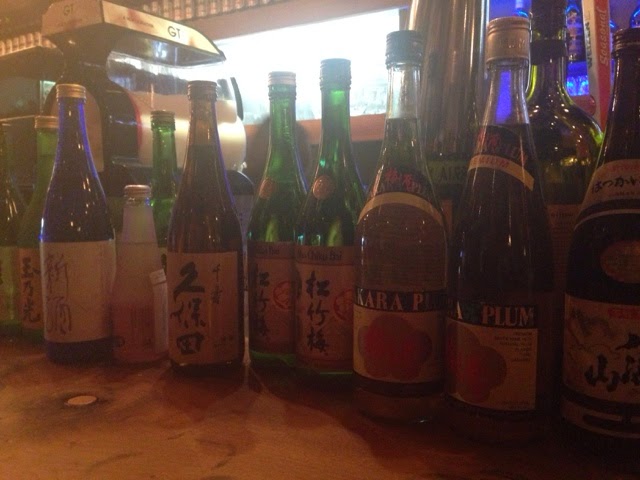 Assortment of Alcoholic Beverages Displayed on the Bar 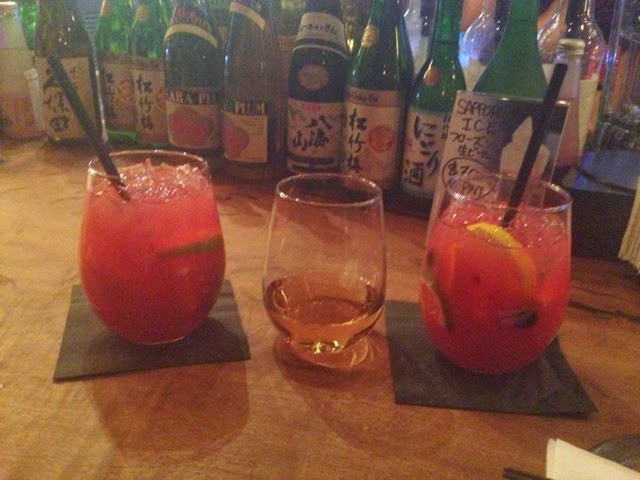 Another restaurant to add to my mental list of restaurants that carry Takara Plum Wine! Additionally the Red Sake Sangria and the Virgin Sangria taste pretty much the same except the Red Sake Sangria has a small taste of sake, though not quite apparent. This makes the sangria for those who dislike the taste of alcohol but enjoy a couple drinks (but quite dangerous for those who are drinking quite a few as they may not realize!). 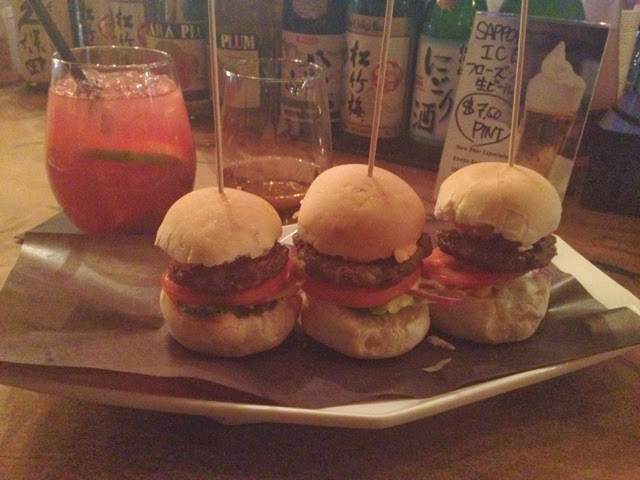 The Japa-Burger was pretty good, though I feel the buns took a little away from the dish as it was cold and the proportion of bread overpowered the patty. The sliders would be greatly benefited if a different bun was used and/or if the buns were placed on the grill. Otherwise, a pretty homemade-like slider. 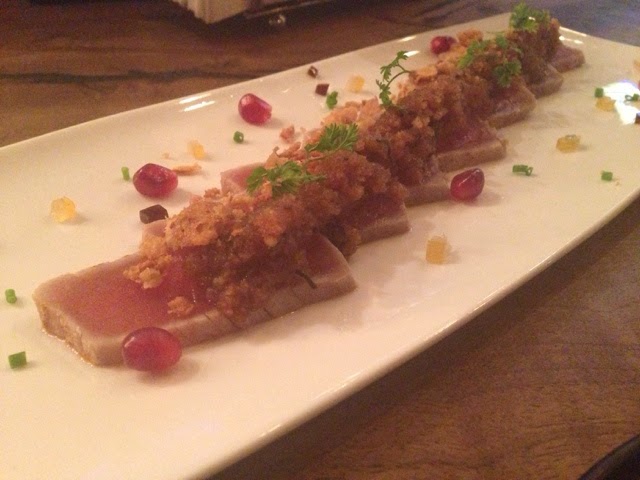 Great for seared tuna lovers! The toppings provided a tasty change in texture and the ponzu sauce enhances the flavour of the seared tuna. 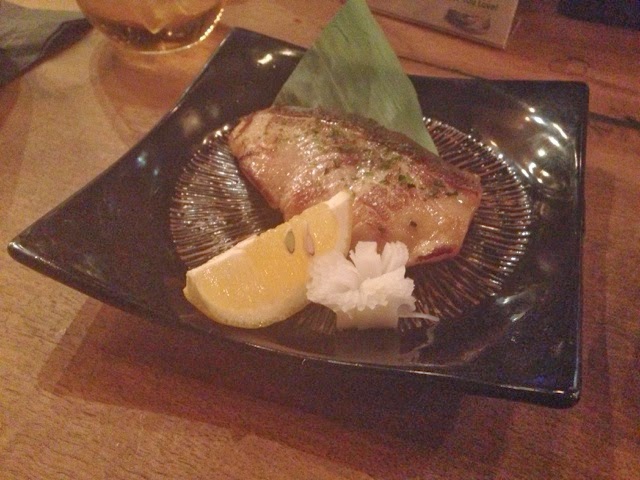 Your standard black cod served at any izakaya joint. The black cod was buttery, though arrived slightly on the colder side. Good dish, but nothing out of the ordinary. 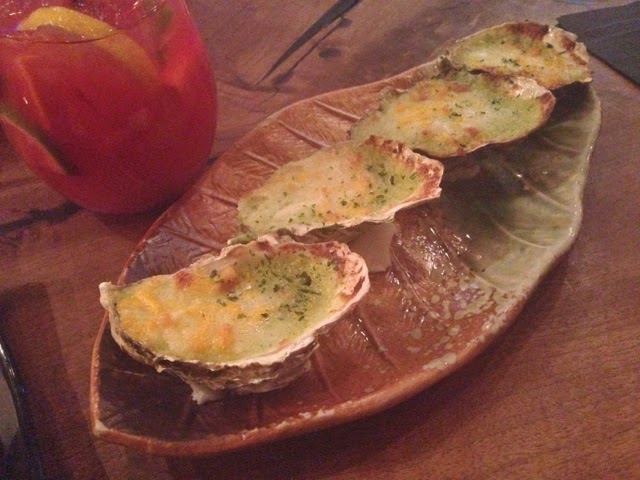 Buttery, buttery, buttery creamy goodness. Your traditional cheesy baked oyster - no extra bells or whistles. Although spinach cream sauce, the spinach taste was not extremely apparent. Personally, I would have preferred if they added more cheese. The oysters arrived warm, though not really hot (since they are baked). For those who have been to Guu, the 4 individual oysters here are approximately the same amount or less than the 2 baked oysters that Guu provides. 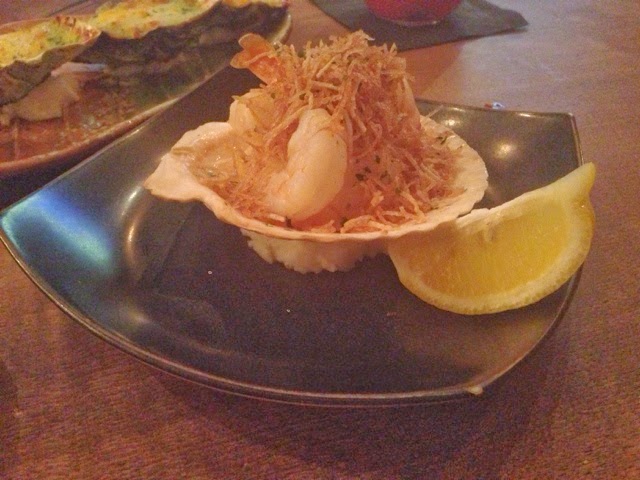 Similar to the last few dishes, nothing extremely out of the ordinary. The Buttered Scallop & Shrimp provide exactly what the menu describes. Butter-simmered scallops and shrimp with crunchy chips on top. 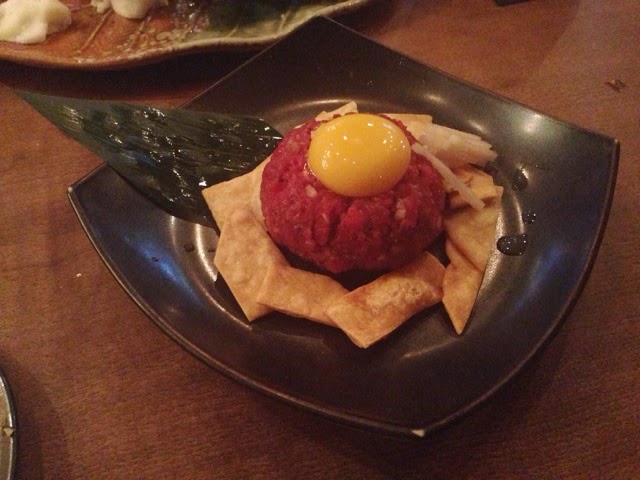 My favourite dish of the night and the most unique of the dishes ordered. The tartare was fresh and with onions/garlic mixed in. Loved the fact they provided lots of tartare but did not provide enough crackers for the amount they provided. Luckily I used the Creamy Mentai Crispy Potato Chips (next) to eat with the rest of the tartare or ate the tartare alone. 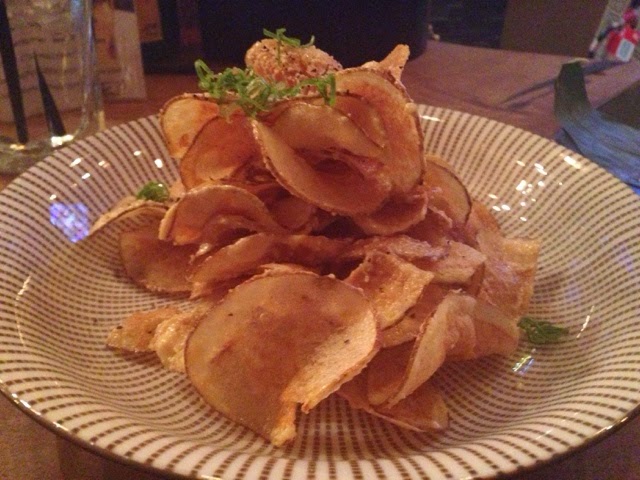 The Creamy Mentai Crispy Potatoes took quite some time to arrive. Since the word "Creamy" was in the name I was expecting it to be a lot creamier than it actually was. Would have liked a little more cream and a less oil to be the perfect dish for me. 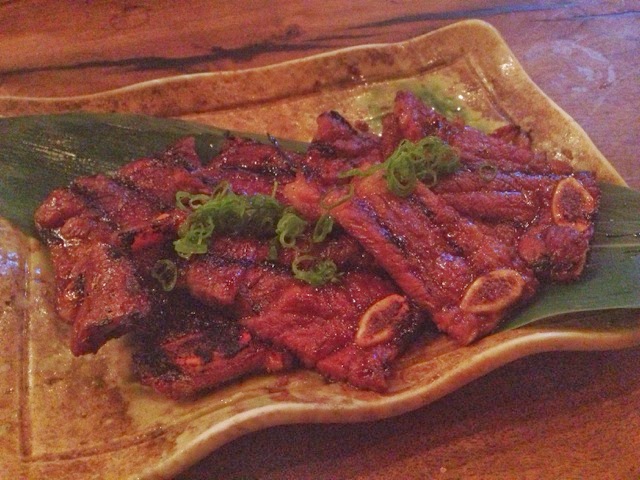 Overall, Nome Izakaya is a great izakaya joint for those who live in North York/Markham who do not wish to travel downtown to satisfy their Japanese Tapa cravings. The food is the typical Japanese tapa standard - but nothing extremely unique. I found a lot of the food arrived on the colder side though. The staff are super friendly and the environment is great. I would definitely return with friends or go for a birthday (though the location isn't super large) and perhaps try some of their sushi items (I saw a few pass by that looked interesting). Food is on the pricier side for tapas (by a few bucks) and the portions are great for sharing though the typical tapa portions. Great for weekends out with your friends due to their extensive drinks menu.